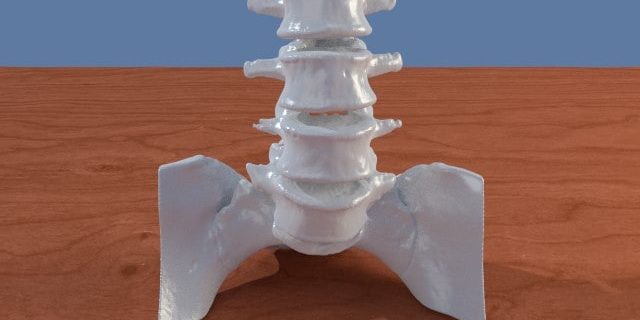 Disease and its known medications and treatments. I’ve spent hours scouring for the best and most accurate information I can find. For me, this is personal…

Rheumatoid arthritis is a condition in which the body’s immune system malfunctions to the point where it attacks its own joints. This causes them to become inflamed and misshapened.

Collagen is one type of fiber found within connective tissue. Collagen fibers are made from protein, and they are somewhat unusual in having large amounts of two amino acids, called hydroxylysine and hydroxyproline. These two amino acids seem to be important for formation of all types of collagen and are needed to provide the different collagen types with their appropriate amount of strength and flexibility.

Unfortunately, we haven’t seen any research studies to support the addition of high lysine or high proline foods as a way of promoting collagen formation. Nonetheless, it would seem logical for consumption of foods high in lysine and proline to be potentially helpful in collagen support. Animal foods are the primary source of both amino acids, and all of the World’s Healthiest Foods choices involving animal products would be your best options here. We have seen far more research on the lysine content of food than the proline content of food.

With respect to proline, egg whites appear to be an especially good source of proline from amongst the animal foods. And we’ve found one important exception to the animal versus plant proline rule – wheat germ. This plant-based component has much more proline than would normally be expected from a plant food.

I stick to eggs and other sources because I have removed all wheat from my diet. This keeps me from becoming hungry.

All of the lean meat, the low-fat dairy products, and the fish would be especially concentrated sources of lysine. One plant food category would be an exception to the animal versus plant lysine rule – that category is legumes (and particularly lentils ONLY FOR BLOOD TYPE A). Legumes ( navy beans for blood type B) and (quinoa) are significant sources of lysine, unlike most of their plant food counterparts.

While you are trying to support your collagen tissue, you should remember that overall protein intake – both quality and quantity – is important. You may need to go beyond the RDA protein level of 46 grams (for adult women) and 56 grams (for adult men) to achieve this goal. You may also need to include a variety of foods that provide protein. Nuts, seeds, and legumes would all be food categories to consider.

HOW TO BUILD COLLAGEN WITH FOOD

Some of the diseases involving collagen damage have been found to improve with the addition of certain foods or food components to the diet. However, the research in this area tends to involve animals versus humans, and the experiments have often used food extracts or nutrient supplements instead of foods themselves. In this category, however, garlic has been a standout food, and two sulfur-containing nutrients – the amino acid taurine (taurine can be found in fish especially Alaskan Salmon, and turkey for all, and beef liver and sea algae for Blood Type O) and the organic acid lipoic acid (found in broccoli and spinach)- have also shown the ability to support damaged collagen fibers. Taurine can be manufactured in your body by the amino acids methionine and cysteine. High methonine foods are lamb, cheese, turkey, fish eggs and beans. Cysteine is found in garlic, onions, broccoli and oats.

Finally, you may want to consider two categories of phytonutrients as particularly important in a collagen-building meal plan. Those phytonutrients are catechins and anthocyanidins. In the research literature, the catechins found in green tea have been shown to help prevent breakdown of collagen, and for this reason we would definitely recommend that you consider green tea as a potential collagen support food.

Lipoic acid is another collagen building antioxidant which also serves many other things. Lipoic acid is a Universal antioxidant. Along with all the Citrus and why eating a varied diet including flavones, quercetins and 1 more is so important.

1. The first advantage of Alpha Lipoic Acid, is that it is both water and fat soluble.
2. It crosses the Blood Brain Barrier.
3. Because it can permeate through the entire body, it has been researched as a possible offering for other health benefits for skin, eyes, diabetes, anti aging, and fitness.

Diabetes
Research suggests that ALA has several benefits for diabetes. It has been shown to increase insulin sensitivity 2 When administered intraveneously to patients with diabetic neuropathy, it significantly reduced pain from tingling, burning, itching.3

Blood Pressure
One study proposed that taking Alpha Lipoic Acid with L-Carnitine tended to decrease systolic pressure for a whole group, and lowered systolic Blood Pressure with the group that was above the median.4 If further studies confirm these findings, this may also benefit diabetics since there is a high correlation between people who have hypertension and type 2 diabetes. Carnitine can be made from methionine rich foods, and Lysine foods (yea I can digest parmesan cheese) Note Pork is an avoid for all who want to maintain their best weight as they age.

Skin Care
Many face creams and serums have been incorporating ALA into their products, because they aare easily absorbed and metabolized by the body. It is theorized that the antioxidant availability of ALA helps prevent oxidative stress which may accelerate or contribute to premature signs of aging 5 Furthermore it is said to disrupt the cross-linking process between large proteins and other molecules, which is said to contribute to the aging process with symptoms of hardening of the blood vessels and capillaries and wrinkling of the skin.6

Promising studies have suggested lipoic acid might be beneficial for age-related macular degeneration (AMD), glaucoma, and retinitis pigmentosa (a disease causing retinal cell death) 7. One of the causes of cataracts is believed to be oxidative stress in the eye’s lens. Animal studies have shown ALA to be beneficial in slowing the formation of cataracts – 60% of the animals were protected from getting them 8.

It was concluded in that study the ALA “restored the activities of gluthathione peroxidase, catalase, and ascorbate free radical reductase” in the lenses of the animals. In plain English, those first two words are internally created enzymes which protect against oxidative damage.

It’s important to realize that these statements have not been evaluated by the Food and Drug Administration (FDA). Dietary supplements and foods containing alpha lipoic acid are not intended to diagnose, treat, cure, or prevent any disease. Further research is needed to conclusively prove or disprove any health benefit claims.

I mentioned Broccoli and Spinach. We can also include peas. These also have high concentrations of protein Of course,and support ALA. Vegetables and other dietary sources with high lipoic acid content continue to be a good idea, since it’s in the natural form. Sure, we may not yet understand its bioavailability when protein bound (i.e. source in ALA foods), but it seems like whenever we tinker with something God made, it’s only research much later on that proves the original was best. GMOs are a current example of that.

When supplementing, how much to take daily?
There’s no straightforward answer. In some studies where insulin sensitivity increased and blood glucose levels decreased, 200 to 600 mg per day were used 9.

We have came across people who take up to 3,000 mg of ALA per day, because they felt they noticed the most benefits with it for building muscle and weight loss of fat. However that decision was only based on how they “feel” which may or may not be grounded in any factual science.

Before deciding the dosage you want to take of this dietary supplement, you first need to take into account these factors which can greatly impact absorption and stability of the substance.

Tip #1Because ALA is an unstable molecule, powdered forms are questionable.

Once exposed to the atmosphere and light, it rapidly degrades. This is why we personally don’t like taking anything other than enclosed capsules. We think ALA in powder form is a terrible concept. Every time you open and close the lid, you are introducing new oxygen.

What is the half-life of alpha lipoic acid? In blood it’s only 30 minutes, as demonstrated in vivo in at least one study 10. Though this number has been highly disputed, because even though it doesn’t stay in the blood, it purportedly reduces to Dihydrolipoic acid (DHLA) and enters the cells. How long that affects them is unknown.

Whatever the case, the general consensus among supplement users seems to be that taking an ALA supplement once every 3 to 6 hours would be higher preferable over a higher dose that’s once or twice daily.
Tip #3: If you can afford it, go with R lipoic.

You may have noticed some bottles touting the R version which are about 2x the price or higher. What is the difference between alpha lipoic acid and R lipoic acid? The regular is a 50/50 split of R- (the natural bioavailable form of lipoic acid) and S- (unnatural form). Humans have difficult absorbing the S version it may actually inhibit some properties of the R version being expressed.

In short, this means that if you take a 300 mg pill of regular ALA, only 150 mg of that is the R lipoic acid, the type our body uses. It is unclear whether or not the other 50% – the S type – can be used and if so, how efficiently. So not only are you getting half the benefit, but your body also needs to utilize a conversion process to separate the two forms found in regular Lipoic acid supplements.

Or the 60 count by picture.

Use the Blood Type Book

Why almonds are good for a variety of things.

Poly phenols:
Horse Chestnut Which decreases the swelling that occurs after a bone is fractured, sprained or due to arthritis pain.
Butchers Broom necessary for bone building, increases blood flow
GotuKola increases blood flow and reduces inflammation
Pycnogenol from the Maritime Pine which helps collagen go back to its basket weave from line structure which is ineffective.

Can’t eat Lysine and Prolysine, B vitamins and minerals.? Try this: