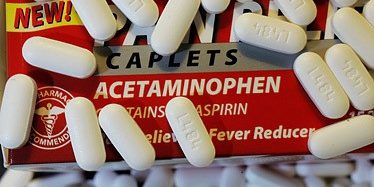 In this new study, Bavry and his associates decided to test whether any NSAID that tends to inhibit cox-2 would create the same health risk, even if the drug doesn’t specifically target cox-2. The finding already has sparked some controversy, with current American Heart Association President Dr. Elliott Antman calling the findings against naproxen an “overreach.”

This study found, the same sort of heart risks accompany NSAIDs that don’t specifically target cox-2, but still inhibit the enzyme to some degree, was associated with a 17% increase in post menopausal women’s risk of heart attack or stroke, (Naproxen).

Prior research has found that specifically inhibiting cox-2 can increase heart attack and stroke risk, so much so, that two NSAIDs that target cox-2, Vioxx and Bextra were pulled from the market for safety reasons in the mid-2000s because of a 13% increase, associated with NSAIDs that specifically target  and inhibit cox-2.

NSAIDs work by influencing cyclooxygenase (cox), an enzyme that helps regulate inflammation in the body . The enzyme comes in two forms, cox-1 and cox-2. Cox 1 helps protect the lining of the stomach, and tends to promote blood clots, while cox-2 is found in the lining of blood vessels, and works to prevent blood clots, Bavry explained.

The doctors found a moderately increased risk of heart attack and stroke associated with use of both selective cox-2 inhibitors and those NSAIDs that affect cox-2 more than cos-1. Use of NSAIDS that inhibit cox-1 including ibuprofen, appeared to have no effect at all on heart attack or stroke.  Unfortunately Ibuprofen can cause stomach bleeding.

I avoid NSAIDs 99.9% of the time. I found that the proper food, will keep me pain free, and that if I am missing any nutrients, I can eat, so I do not hurt, once I know what the missing nutrients are are. I do supplement nutriceuticals, as I cannot eat enough B vitamins, as I feel over full, and my digestion suffers.

Avoiding over the counter medicines, and prescriptions is the motivation for finding out what works for your body. This will naturally help you lose body fat, and become a happier person.

Here is a book, where the avoid foods may cause your body inflammation and pain, as I and my friends have discovered.

Finding the missing nutrients, and completing the process of learning what the body needs, may benefit with the Pathway Fit as it did for me.

And/Or opt in for the free news letters, to find out what your body needs, like all the magnesium, and zinc, and calcium, and soluble and insoluble fiber, and how to relax to reduce stress and inflammation in your body.

There was an article written by Dennis Thompson for everyday health: